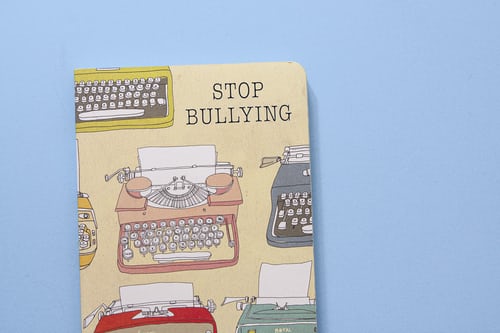 Bullying is a word that is unfortunately recurrent these times. Our children are being the victims of their classmates, and sometimes it seems to not bother the learning establishment, or at times it simply goes unnoticed (which is worse, I don’t have a clue).

It is one of the worst things that students may have to endure during their school years, as it will have major consequences on their later lives. They can come out of the situation hurt, traumatized, and even resort to suicide. It causes serious damage to the victim’s physical, social, and psychological health.

Bullying should be treated as a major and primary issue, as the more time goes by, the more damage it can cause. Unfortunately, older generations had treated bullying as a rite of passage for children to forge their character, so it is now the role of the actual generation to raise a concern about the issue.

We can see the change in our establishments as actions that were once not taken seriously are now punishable by laws. Anti-bullying laws currently exist in all fifty states, requiring schools to take proper steps to address and prevent bullying. Although there is no federal legislation that directly addresses bullying, schools must address harassment based on race, color, national origin, sex, handicap, or religion.

Despite that, there are more official restrictions, and it is disapproved by society. Schools are not doing their job as they should. Schools should have their policies about bullying, and it should be an established one that will be communicated to every parent and student as soon as they are part of the establishment; this will let them know that they should abide by these rules when they are on the school premises and that any infringement will result in severe punishment.

But what is happening in schools is appalling. There is no training provided to educators to know how to react to bullying and properly address the issue within their classroom. Studies have shown that students have been bullied at least once in their life within the schoolyard, and there was no adult intervention.

This fourteen-year-old from Indiana hanged herself from a tree in front of her school bus stop early one morning in 2013 so that her tormentors would see her lifeless dangling corpse. She was allegedly called a “slut” and a “whore” on numerous occasions and subjected to constant mockery over her father’s imprisonment for striking her. Her mother discovered the following phrases in a suicide note:

“Why did I deserve this pain?… Have you ever thought about what you said to me?

Huh… maybe not! Because you killed me every day…. You told me so much that

I started believing it. And I was stupid for doing that. Every morning, day, night, I

look in the mirror and cry and replay the harmful words in my head.

P.S. it’s bullying that killed me. Please get justice.”

We won’t be able to eliminate overall bullying among students. Still, we can force schools and school districts to respond appropriately to it—and help stop and deter a lot of it—by filing effective lawsuits under federal and state laws. Litigation is an important tool in our toolbox.

Despite anti-bullying laws and procedures around the country, principals, teachers, and other adults continue to engage in the practice. Leaders frequently overlook bullying. We need to encourage them to emphasize that bullying is not tolerated.

Rather than being ignored, confronted, school policies should have teeth, anti-bullying training should be required, and students should be taught tolerance. In the comments, let us know what you think about school policies about bullying…