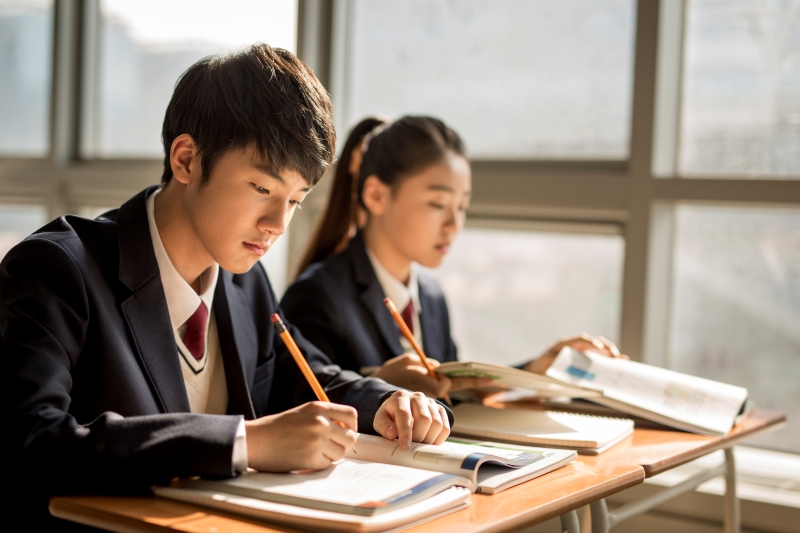 With its quality education system, South Korea seeks and promotes excellence without forcing learning. It is also one of the most successful countries in Asia in implementing educational strategies. South Korean schools are mostly private and the application rate is high. The difference between private and public schools is not very significant, as the government is responsible for maintaining order and regulation in all aspects. Do you want to learn more about the South Korean education system? Keep reading.

After South Korea liberated itself from the Japanese in 1945, the main goal was to promote the society through a new education system. The population would go from a poor culture to one of the most educated and recognized in the world. By generating better human capital, the percentage of illiteracy dropped dramatically. People became passionate about education, and new strategies emerged.

Free education began to be promoted and continues to this day. The right to education is undeniable for all children and young people aged 7 to 15.

This period lasts 6 years in primary education and another 3 in secondary education. It is necessary to take an exam at the end in order to pass the baccalaureate and obtain a diploma that will lead them to university or to the job market.

Over time, South Korean culture has continued to develop to carry the country’s name high. This is reflected in the professionals who are exported to work mainly in large companies.

Koreans are known to promote very high standards in various cultural and social aspects. Education is one of the sections that receives a lot of attention, since it is the first step to start being a part of the society. Educational policies include school curricula. These are changed every 5 years in order to adapt to the new educational system.

Therefore, the preparation received by parents will not be the same as that received by their children. Integration into society will be easier by optimizing the school environment before arriving at the workplace.

During the study period, students receive approximately 10 hours of instruction per day. These are divided into daytime classes of 6 to 7 hours, with a break that includes a school-prepared lunch.

Students are then directed to private classes, which last between 4 and 5 hours. These classes are taken at the academy, and their purpose is to consolidate the knowledge seen in the morning or to reinforce an extracurricular activity.

This may seem forced, but it is a method that has long worked in your culture. The education system proves that constant effort and motivation allow South Korean students to achieve amazing results.

They also have the support of qualified teachers who are among the most respected people in the country, just like in other countries like Japan or Finland. These people have a very good economic income and have quality preparation.

This is where we can see some of the barriers between Western and Eastern educational strategies. Education in South Korea is very focused on memorizing content and responding quickly.

Spending several hours a day studying and then reviewing in private classes, with little time for leisure and recreation, creates rigid discipline. In general, this is a challenge that many students across the country face on a daily basis.

However, the country has taken a supportive measure to ensure that young people can enjoy their time outside of class. This was to encourage the use of technology in the classroom.

The digital competitiveness of the 21st century has reached South Korea’s educational level, and has given way to a new strategy using technology in the classroom. Through it, every student has access to information, but it also provides a space for entertainment with educational games.

Thus, excessive memorization is corrected with a little creativity and fun in the classroom. Its use in today’s educational system demonstrates that digital platforms can serve learning.

Have you ever been to South Korea? What are your thoughts now that you know more about its education system? Let us know in the comments below.