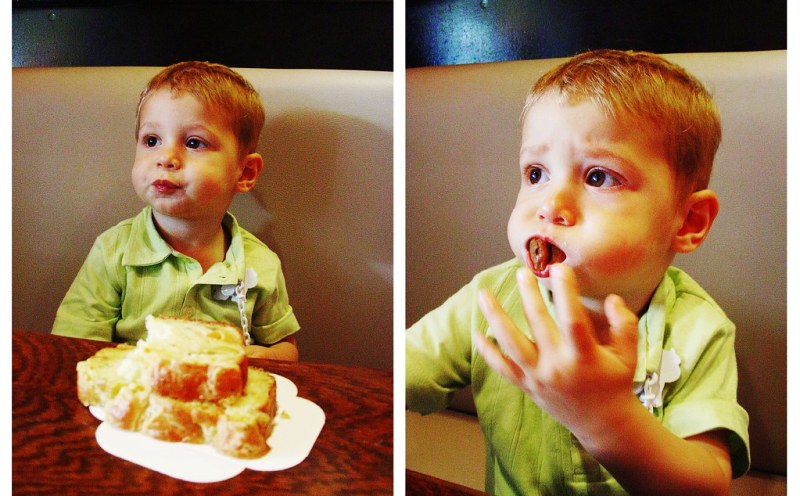 The 10 Precepts for a Well-Behaved Child

Life’s difficulties, such as a divorce, weaken the authority and education of children. The anxieties of parents, who give in to all their children’s demands, may not prepare them well for the realities of adult life.

Here are 10 precepts for a well-behaved child.

It’s so easy for parents to give in to their child’s whims and buy them the latest game. The fear of a tantrum sometimes overrides reason. But as soon as a new toy comes out, he’ll do it again and again until you give in.

How do you hold on?

– Explain why he doesn’t need the toy.

– Ask him to wait for Christmas or his birthday.

Good to know: anger in children is a healthy emotion. Don’t try to suppress it; instead, let it out.

2. Differentiate between needs and wants

Children tend not to distinguish between their real needs and their desires. You will need to give them examples to explain what they do and do not need.

For example, your child thinks that a cell phone is necessary, whereas you know perfectly well that living without a smartphone is possible at his age.

– Wants: things he could do without.

3. Don’t spoil him too much

Parents and grandparents can’t help but shower their children with gifts every birthday and every special event like Christmas. But Christmas should be a time of celebration and reunion, even if it’s okay to expect gifts as well.

To avoid overflowing the tree:

– Have your child write a letter to Santa.

Send this list to grandparents, aunts, and uncles attending the event.

– Stick to buying one or two extra gifts.

Good to know: gifts are an excellent opportunity to educate youngsters about fair trade values. Many stores and websites offer toys that respect the environment and people.

Pocket money should not be distributed indiscriminately. To teach your child the value of money, you need to establish a few rules that will help them later on to manage their budget.

– Only a few euros: no need for more.

– Give money for a specific purpose: what will they do with it?

– Give the money regularly: for example, on Sunday nights.

– Teach him how to manage this money and to know its importance.

– Set up a fund for each chore done: setting the table, taking out the garbage or mowing the lawn.

Be careful: just because a student passes the next grade or obtains his diploma does not mean he deserves a reward. For example, he (maybe) deserves an award after a lengthy presentation. That would make him believe that he is working only to get a game console. Only sincere work counts.

A child regularly tests his parents hard to get a lot of things. Even if your child goes into a rage, know how to say no and gain respect. This is one of the fundamental principles of education.

– Because for a toddler, accepting “no” is very important to his development. Otherwise, later on, he will quickly face disillusionment.

– To set limits within which the child feels safe.

– To teach the child to respect you and others.

– To create a strong adult role model that your child will want to identify with as he grows up.

Good to know: if for a child, a slight frustration is not very serious, for a parent to refuse something can represent the risk of being less loved, of being perceived as a tyrant or worse, as a has-been.

“If you don’t finish your food, you won’t get your game console back”. This method only works if your authority allows you to enforce this punishment. If not, the child will see through your game and not comply with your request.

Blackmail and bans are used as a last resort:

– Talk to him calmly and quietly to ease the conflict.

– Instead of punishing him, offer him a favour if he agrees to your request (dessert, 10 extra minutes on the console, etc.).

Good to know: at the beginning of 2014, researchers from the University of Illinois in the United States demonstrated that forcing a child to finish his plate would promote obesity. Indeed, making a child eat when he is no longer hungry cancels this signal sent by the satiated body, which will never again indicate to the brain that it is time to stop.

7. Learn to be obedient

At home, it’s up to parents to set the rules that involve the whole family. When children break them, they should feel the negative consequences of their actions. Therefore, do not hesitate to take him back and punish him if he disobeys you:

– This action must be explained at length each time to become automatic.

Good to know: the points technique allows you to calibrate the punishment. If the child is given 4 points, he will feel better with this sword of Damocles hanging over his head. For punishment to work, it must remain fair, commensurate with the act committed.

As adults, it’s perfectly fine to give an excessive compliment to someone who knows how to balance things out. But your child may take your compliment literally.

Give him confidence, yes, but lie to him, no!

For example: if your child runs particularly fast in the cross-country race organized by his school, don’t tell him that he is the best runner in the world! An exaggerated compliment, intended as a gentle joke, may very well reinforce an over-inflated ego!

Make constructive comments: “You run particularly well, if you want to run even faster, it might be a good idea to join an athletics club”.

9. Open his eyes to the realities of the world.

The world is not all pretty and rosy… To make your child aware of these difficulties and how lucky he is, don’t be afraid to talk with him about what is happening elsewhere, especially in developing countries.

– Give a coin to the homeless.

– Help the elderly carry their groceries.

– Give toys to the needy.

Good to know: minors can join an association at any age, provided their parents’ consent.

10. Teach them to be responsible

The parental instinct is always to protect their children, sometimes too much so! A child also needs to learn to take responsibility without waiting for others to do it for him. If he has been bold with his teacher, for example, don’t give him all the excuses in the world! It will help if you scold him.

Good to know: 15% of children up to 16 years old have already been victims of a domestic accident.

A child who has to obey, respect, help, count his money… is not unloved, quite the contrary. By instilling specific rules in your child, you will help him better build his adult life in contact with others.