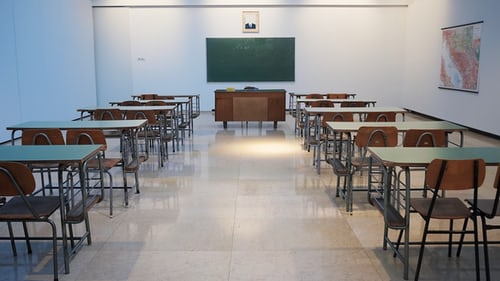 ‘School’ is a complex yet well-installed institution meant to teach individuals, helping them have a job and succeed in life. For most people in society, knowledge is referred to as a piece of paper, a.k.a certifications, but they don’t have real-life knowledge.

I’m now visiting relatives and attempting to assist my mother tidy and decluttering her home.

And, just for the record, I’d like to state…

Learning more about cleaning and domestic management, from organizing your sock drawer to eliminating paper waste and rubbish, would be a fantastic topic to teach in school.

This might also include instructions on how to purchase things that will last a long time, as broken yard equipment and home appliances appear to account for a large portion of the trash and filth that accumulates in our homes.

Having a house or apartment, whether you own it or rent it, is fantastic.

That is why basic home repair and tool skills should be taught in schools.

Not everyone needs to become a licensed plumber, but knowing how to fix a toilet or do a basic drywall repair might come in handy.

Looking critically at the media

Because I attended a Waldorf school as a child, I was not exposed to the same media types as other children.

And, while I was a great lover of the Simpsons and sports, I was taken aback when I saw what the other guys and girls were up to.

Because most of it was utter nonsense, with some unpleasant themes.

And we’re talking about the 1990s and early 2000s here. Since then, things have only gotten worse.

Schools should educate students to evaluate “popular” shows and celebrities and the messages they send forth. It’s not all wonderful stuff they’re putting out to empower kids and young adults – far from it.

Many schools allow a new language, but most students weren’t interested when I was at school.

I’d love it if language instruction became more rigorous and practical, with days spent learning about different cultures and tasting their cuisine, for example.

It would be fantastic if more children had the opportunity to learn languages since it was the finest thing I ever did in college and where I met many of my best friends.

Sex education is a thing. However, I do not believe it is well-done.

People criticize abstinence and religious sexual education as prudish or uneducated, but I believe the “do whatever you want” school of sex education is dangerous.

Sex education should revert to a more scientific approach.

Leave out the part about gender identification and being ultra-woke. Keep it simple and stick on bodily parts, biology, and facts.

In high school these days, there’s a lot of talk about just how gender is a construct and everything.

However, it would be fantastic if schools taught more about men’s and women’s gender awareness.

There is still far too much domestic violence in the world (including wives hitting and verbally abusing their husbands).

And developing society would be aided by strengthening each gender’s knowledge of the other.

What’s the one thing that’s not cool? Getting infected with a computer virus. Alternatively, you might be blackmailed over the internet.

Or is the target of a massive ransomware assault at your firm or along the country’s busiest oil pipeline.

More cybersecurity education in schools might help people prepare for this kind of thing. It doesn’t have to be complicated, but let’s cover the basics.